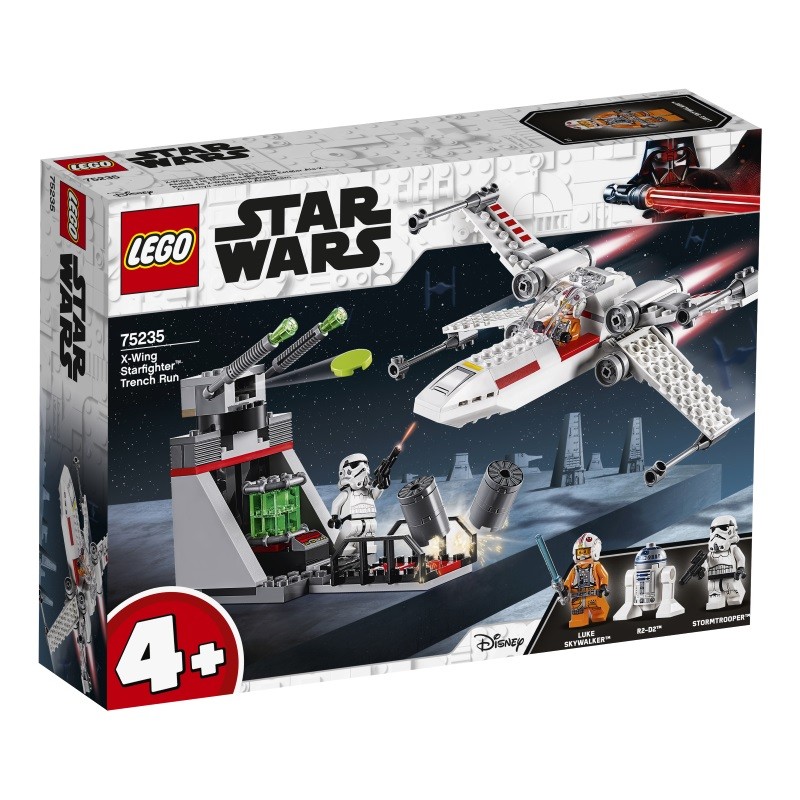 Give your youngster their first experience with the iconic X-wing Starfighter… and R2-D2!

Zoom into action in Luke Skywalker’s X-wing Starfighter! But watch out, the Stormtrooper is at his gun tower and is taking aim! Can you fly Luke to safety before he fires?

• LEGO® 4+ sets are specially designed to be fun and easy for youngsters and help to grow their confidence with simple building steps for the perfect start to LEGO brick building.
• Includes 2 LEGO® Star Wars™ minifigures: Luke Skywalker in his X-wing pilot suit and a Stormtrooper, plus an R2-D2 LEGO figure.
• This set features an easy-to-build X-wing Starfighter and a turret with firing disc shooters.
• X-wing, as seen in the blockbuster Star Wars™: A New Hope movie, features opening wings and a cockpit to sit Luke in, plus a Starter Brick base to quickly get your child building and playing in an exciting LEGO® Star Wars galaxy far, far away.
• Weapons include Luke’s Lightsaber and the Stormtrooper’s blaster.
• LEGO® 4+ introduces your child to a wide universe of their movie favorites, TV characters and everyday heroes.
• LEGO® 4+ play sets were previously branded as LEGO Juniors and are compatible with all LEGO building toys for creative play.
• Makes an ideal gift for preschoolers and youngsters.
• Combines with the 75237 TIE Fighter Attack and 75247 Rebel A-Wing Starfighter 4+ sets for loads of fun-filled Star Wars™ adventures in the stars.
• X-wing LEGO® Star Wars™ construction toy measures over 3” (9cm) high, 5” (15cm) long and 7” (18cm) wide.