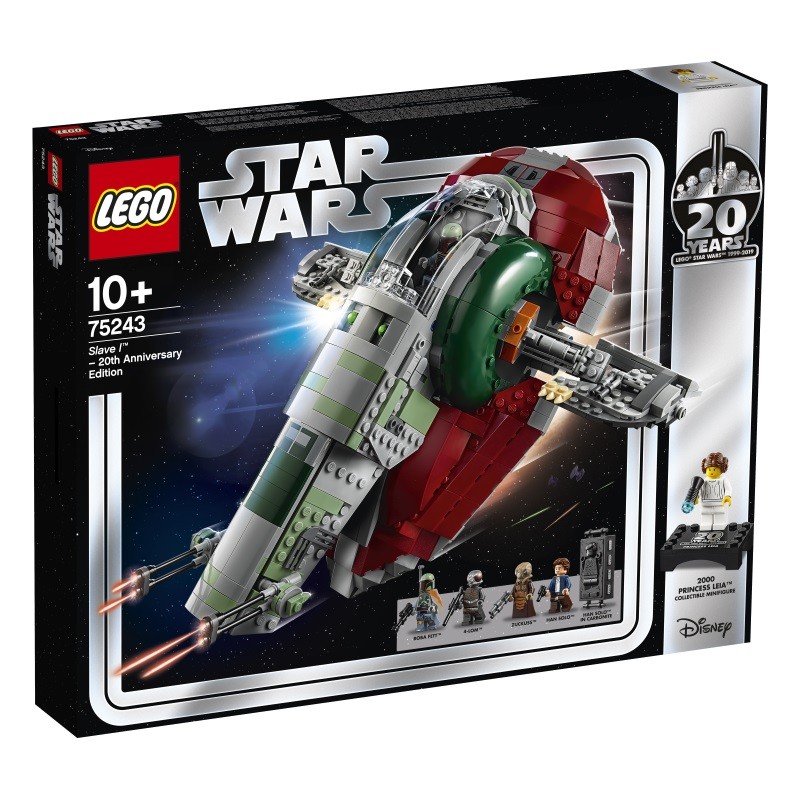 This product is no longer in stock

Build Boba Fett’s personal Slave I starship and travel with him through the LEGO® Star Wars™ galaxy in search of fugitives! Grab the handle and fly him around. Pull the triggers to fire the spring-loaded shooters. Load Han Solo trapped in carbonite into the hold and deliver him to collect your payment. It's another exciting day in the life of a bounty hunter!